This tutorial outlines both roles in the request-response message exchange pattern. It will show you how to act as the client by creating a request, sending it and waiting for the response. It will also show you how to act as the server by receiving incoming requests, creating a reply and sending it back to the client. It builds on the basic concepts introduced in publish/subscribe tutorial.

This tutorial assumes the following:

The goal of this tutorial is to understand the following:

MQTT is a standard lightweight protocol for sending and receiving messages. As such, in addition to information provided on the Solace developer portal, you may also look at some external sources for more details about MQTT. The following are good places to start

MQTT does not explicitly support the request-response message exchange pattern. However, this tutorial will implement the pattern by defining a topic structure to send requests and by obtaining a unique Reply-To topic from the Solace message router on which the response should be sent back to the requestor. Obtaining the Reply-To topic from a MQTT session is a Solace extension to MQTT and is achieved by adding a topic subscription to the designated special topic “$SYS/client/reply-to”. You can learn more details on requesting MQTT session information by referring to the Solace Docs – Managing MQTT Messaging.

This tutorial will be using the MQTT Quality of Service (QoS) level 0 to send and receive request and response messages, but it is possible to use any of the QoS level 0, 1, or 2 for the request response scenarios.

For request-response messaging to be successful it must be possible for the requestor to correlate the request with the subsequent response. In this tutorial two fields are added to the request message to enable request-reply correlation. The reply-to field can be used by the requestor to indicate a topic where the reply should be sent. A natural choice for this is to use a unique topic per client by requesting the Reply-To topic from Solace messaging, as described above in the Overview section.

In this tutorial the payload of both the request and reply messages are formatted to JSON in order to add the reply-to field, the correlation-id field, and the message contents. You can use any payload format which both the requestor and replier understand, but for the purpose of this tutorial we choose JSON to structure the payload of the message and keep the tutorial simple. This tutorial will use the JSON-Simple Java library to both construct and parse the payload in JSON. The section below can be added to your pom.xml to configure the JSON-Simple dependency.

This tutorial requires access Solace PubSub+ messaging and requires that you know several connectivity properties about your Solace messaging. Specifically you need to know the following:

There are several ways you can get access to PubSub+ Messaging and find these required properties. 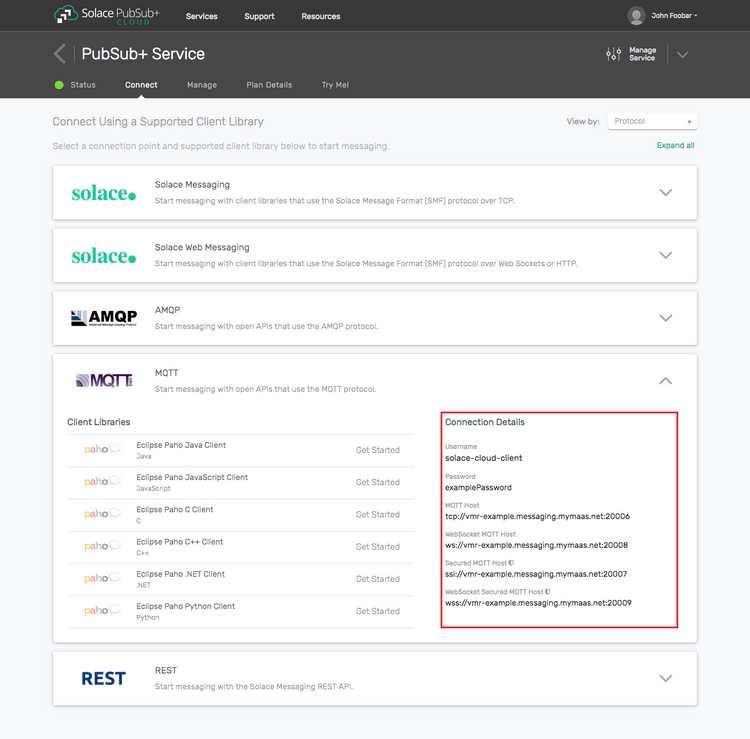 Although, you can use any MQTT Client library of your choice to connect to Solace, this tutorial uses the Paho Java Client library. Here are a few easy ways to get the Paho API. The instructions in the Building section assume you're using Gradle and pulling the jars from maven central. If your environment differs then adjust the build instructions appropriately.

Get the API: Using Gradle

Get the API: Using Maven

Connecting a Session to Solace Messaging

First let’s look at the requestor. This is the application that will send the initial request message and wait for the reply. 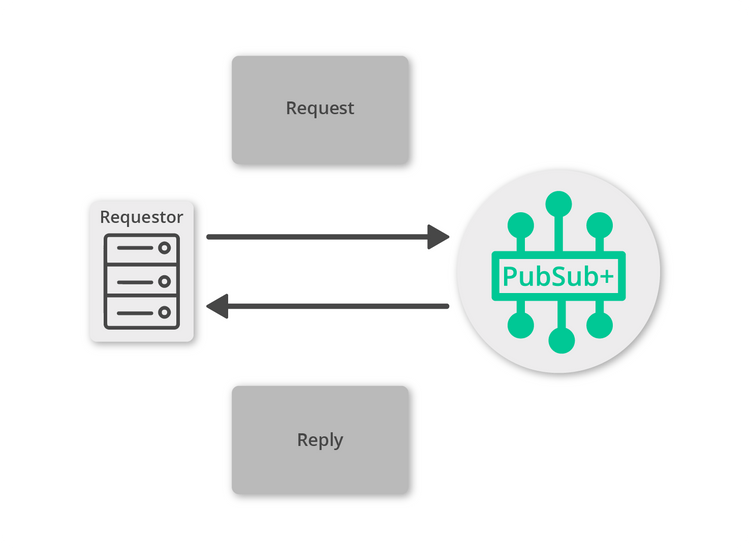 The requestor must obtain the unique reply-to topic. Using Solace Messaging, this can be accomplished by adding a subscription to the designated special topic “$SYS/client/reply-to”. The reply-to topic is received asynchronously through callbacks. These callbacks are defined in MQTT by the MqttCallback interface. The same callback is also used to receive the actual reply message. In order to distinguish between the two messages we inspect the topic string provided in the MqttCallback.messageArrived method.

Now the requestor can add the subscription to the special designated topic:

The requestor uses a semaphore to block the requestor thread until the reply-to message has been received. Once the reply-to message has been received, the topic is obtained from the payload of the message as shown above in the callback. You must then subscribe to the obtained reply-to topic in order to express interest in receiving responses. This tutorial uses a QoS level of 0 for at most once delivery for our response messages.

At this point the requestor is ready to send request messages and receive responses.

The requestor uses a semaphore to block the requestor thread until the response message has been received.

Replying to a Request

Now it is time to receive the request and generate an appropriate reply. 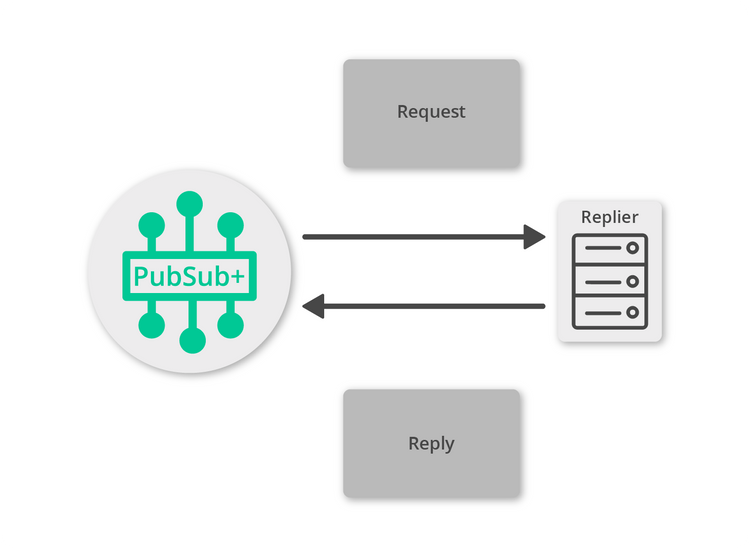 Now the replier can add the topic subscription with a QoS level of 0, to express interest in receiving request messages.

Then after the subscription is added, the replier is started. At this point the replier is ready to receive messages and send responses to your waiting requestor.

The full source code for this example is available on GitHub. If you combine the example source code shown above results in the following source:

The project uses Gradle. To build, execute the following command.

This builds all of the Java Samples with OS specific launch scripts. The files are staged in the build/staged directory.

If you start the basicReplier with arguments specifying your Solace messaging connection details, it will connect and wait for a message. Replace HOST with the host address of your Solace VMR.

Then you can send a request message using the basicRequestor with the same arguments. If successful, the output for the requestor will look like the following:

With the message delivered, the replier output will look like the following:

With that you now know how to successfully implement the request-reply message exchange pattern using MQTT.